Both nginx and apache are powerful and effective servers. Apache currently reigns as the #1 server for websites and since its public release in 2006, nginx has taken the world by storm and is now the #2 server for active sites. The reasons for each respective server’s popularity are clear: apache’s power and nginx’s speed are well known. However, both servers do have drawbacks—apache is hard on server memory, while nginx (great at static files) needs the help of php-fpm or similar modules for dynamic content.

However, one can combine the two web servers to great effect, with nginx as static web server front and apache processing the back end.

To start off, we need to install and configure nginx which will serve the front end of our site.

Once it has downloaded, you can go ahead and configure the virtual host to run on the front end.

There are a few changes we need to make in the configuration.

Open up the nginx configuration. 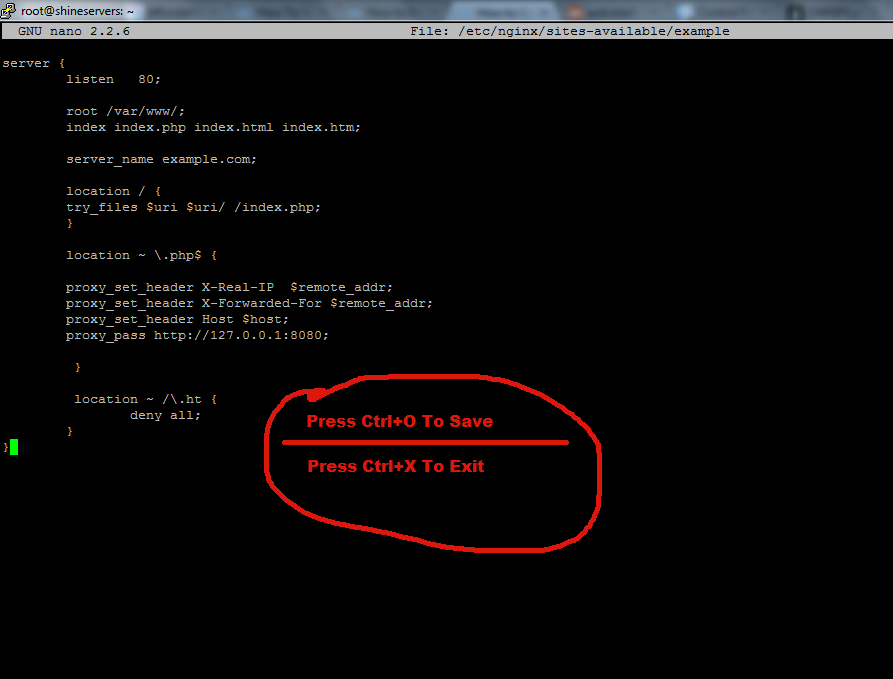 The following configuration will set you up to use nginx as the front end server. It is very similar to the default set up, and the details are under the configuration.

The following changes were implemented in the configuration:

This configuration sets up a system where all extensions with a php ending are rerouted to the apache backend which will run on port 8080.

The next step is to install and configure apache.

Since nginx is still not turned on, Apache will start running on port 80.

Configure Apache
We need to configure apache to take over the backend, which as we told nginx, will be running on port 8080. Open up the apache ports file to start setting apache on the correct port: 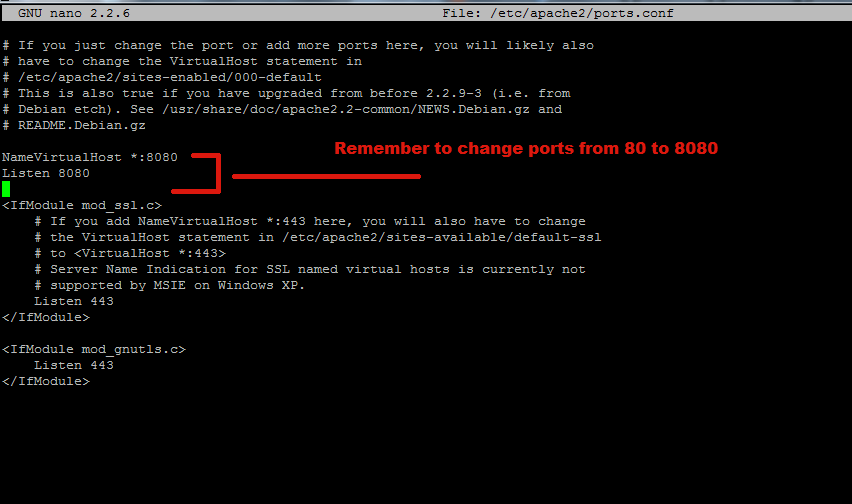 Find and change the following lines to have apache running on port 8080, accessible only from the localhost:

Subsequently, open up a new virtual host file, copying the layout from the default apache file:

The main issue that needs to be addressed here is that the virtual host needs to be, once again, running on port 8080 (instead of the default 80 given to nginx).

Make sure your Document Root is correct. Save and exit the file and activate that virtual host:

Before we start testing anything out, we need to equip apache with php. Go ahead and install it now:

Restart both servers to make the changes effective:

Finish Up
We have set up the VPS with nginx running on the front end of our site and apache processing php on the back end. Loading our domain will take us to our site’s default page.

We can check that information is being routed to apache is working by running a common php script.

Go ahead and create the php.info file:

Paste the following lines into that file:

Visiting your domain/info.php should show you php info screen, and you’ll be able to see that this was handled by apache. 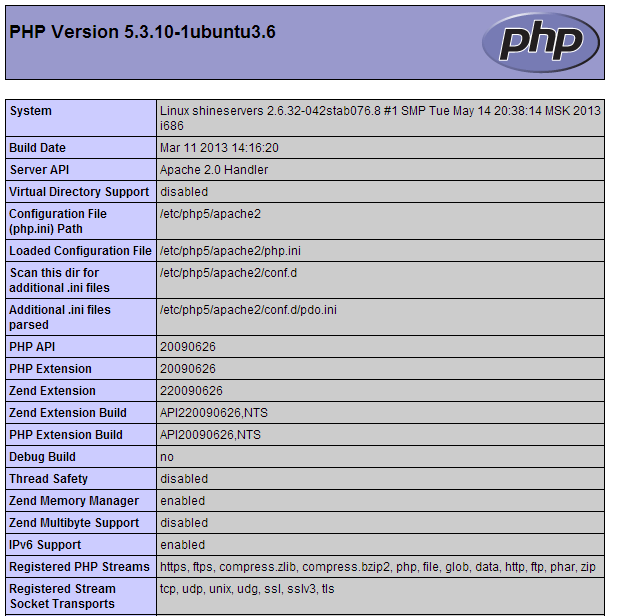 Finally, you can see which ports are open and which application is on each one by typing in this command.

That’s all ! Let me know if anyone is facing any issues while installing the above codes .